The filmmaker wrote and directed the Suicide Squad for Warner Bros. after being fired and rehired by Marvel and quickly jumped from there to the Peacemaker, HBO Max spinoff series. He has a second season of Peacemaker and another Suicide Squad spinoff in the works, but not before shooting Guardians of the Galaxy Vol. 3, which is recently in production.

Speaking to Variety on the heels of the epic Peacemaker’s finale, the director revealed that DC shot Chukwudi Iwuji’s screen test for a threequel. The actor has been confirmed to show in Guardians of the Galaxy Vol. 3 but in an unknown role. This was DC’s way of returning Marvel’s recording of Ezra Miller’s surprise to Peacemaker:

A little bit. I had as much fun as you could have during COVID making Peacemaker, and so I’m trying to apply that more to Vol. 3. In all truth, the first two Guardians, I love the cast and crew, but they were really difficult to make. And a lot of that was self-imposed difficulty by me. I realized after Vol. 2 that I couldn’t continue to live a life if I made everything I did like Vol. 2, which I just killed myself over, unnecessarily. I needed to balance my life a little bit better. And so I’ve been applying that to Vol. 3.

However, the filmmaker went on to say that he is also adjusting the way Guardians Vol. 3 is being shot, sticking closer to what he did with his DC stories.

I think The Suicide Squad also has informed Vol. 3 a lot in terms of how we’re shooting it. There’s a different type of groundedness, I think, in this movie that we had in both Peacemaker and Suicide Squad. I learned so much from everything that I do.

The Peacemaker may not be the same as the Guardians, but the latter will benefit from Gunn’s experience making the old one. Guardians of the Galaxy Vol. 3 will come to the theater on May 5, 2023. 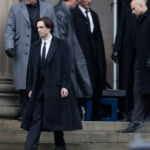 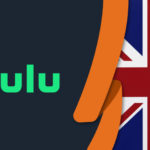